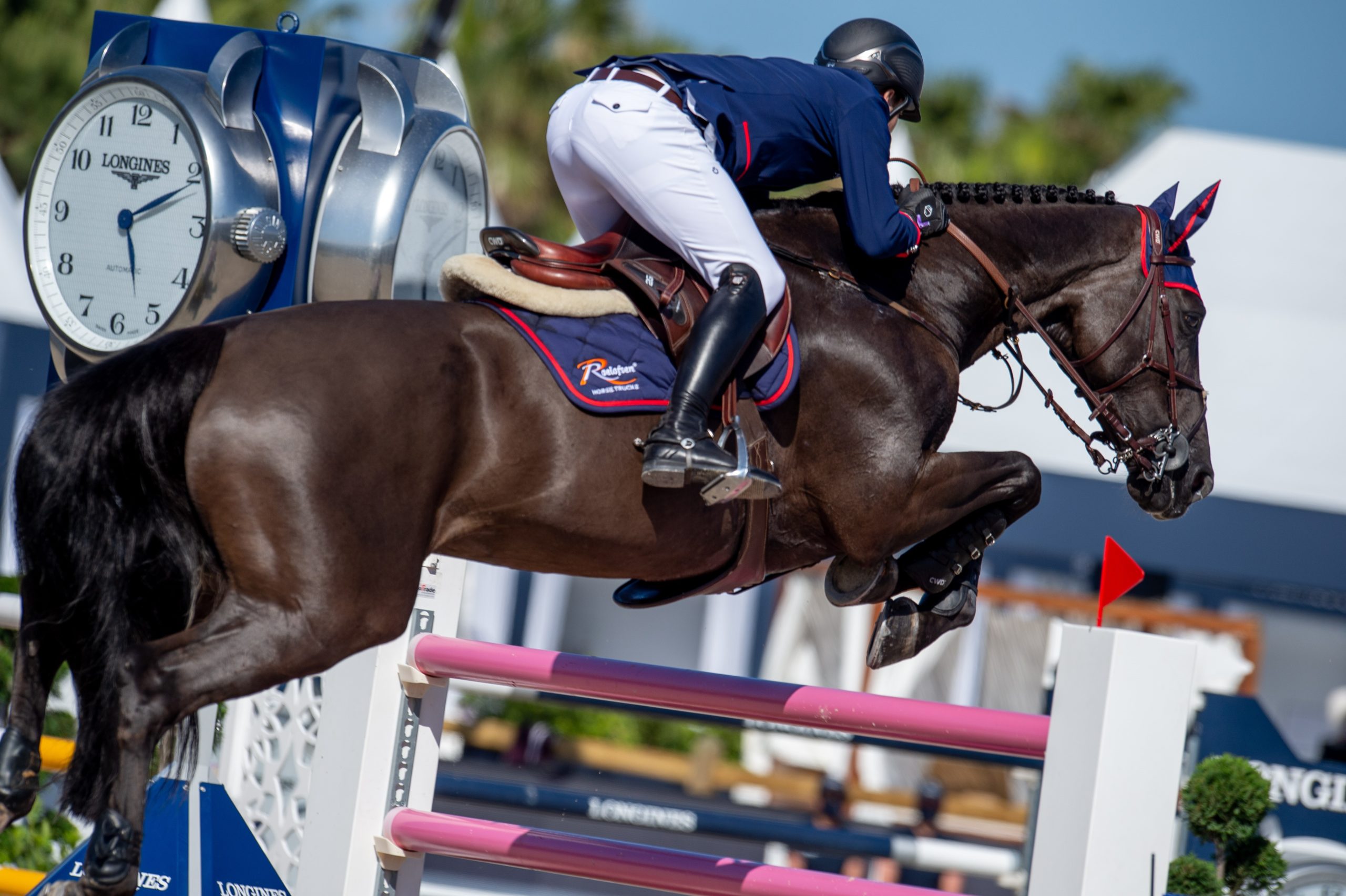 James Wilson a new signing to the Scandinavian Vikings, provided a perfect clear on Imagine de Muze in his GCL debut. Henrik von Eckermann played his part in getting a lightening quick team time of 133.22s. on Hera de Landetta II, with one small mistake dropping them to 4 into the next round.

James Wilson rode a good round, sadly with two poles falling resulting in 8 faults. Henrik von Eckermann and King Edward had a bit of mishap with the final fence, resulting in a team total of 16 faults and 6th place overall, however speed was of the essence for the Vikings with a fast time of 135.54s

James Wilson and Imagine de Muze were first to take to the stage for the Scandinavian Vikings, the pair had a good round, despite a pole fall resulting in 4 faults. Frank Schuttert and Carolina had a fantastic clear round, resulting in the team being just behind London Knights on day one.

James Wilson and Imagine de Muze who had a fantastic clear round in St. Tropez on their GCL debut, found form again to gain another foot perfect clear. Frank Schuttert proved to be in flying form with another clear this time on board Lyonel D, taking the Vikings to 6th place overall.

The Scandinavian Vikings now move to their home turf of Stockholm for the second time, where also Stockholm Horse Week will be in full swing to inspire and celebrate equestrian sports.