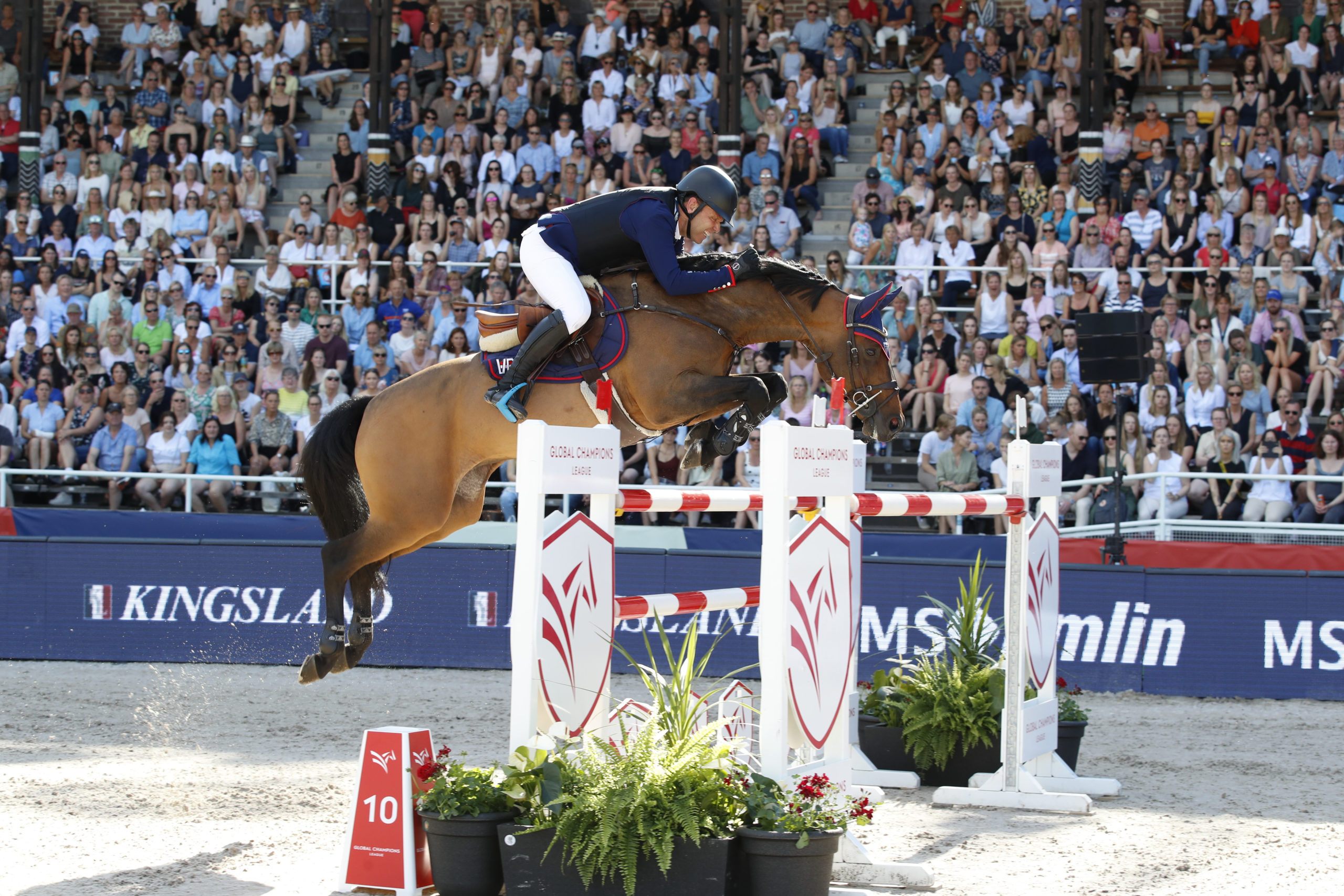 The 11th leg of the tour brought the Vikings to Hamburg where course designer Frank Rothenberger had produced a twisting flowing course. Many teams adopted steady pace to tackle the course.

In round one, Vikings team manager Geir Gulliksen and VDL Groep Quatro were first to test out the course. The duo handled the course well, however the Idee Kaffee oxer and the penultimate fence caused the team to pick up 4 faults. Second into the arena for the Vikings was Frank Schuttert and Latina van het Avenhof who adopted the long route to the final jump which proved costly in terms of time and added a single time fault to the Vikings score.

In round two Geir Gulliksen and VDL Groep Quatro were jumping well for the first half of the course, but unfortunately in the second half the duo added 13 faults to the Vikings sheet. Frank Schuttert and Kinky Boy van het Gildenhof were under pressure to deliver a quick and foot perfect clear round to keep the Vikings within the top 10, However, the duo came across some trouble with the triple combination leaving the Vikings with 31 faults after both rounds.